Following his recent appointment as member Special Advisory Committee to President Muhammadu buhari, for the 2019 presidential Campaign, the senator representing Kaduna Central, under the Peoples Redemption Party, Shehu Sani, Friday advised the richest man in Africa, Alhaji Aliko Dangote to be wary of the broom. 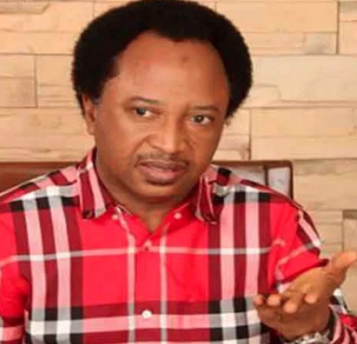 Shehu SaniDisclosing this via his official tweeter handle, Sani cautioned Dangote not to use the broom anyhow and advised him to maintain the use of his machine concrete mixer.

In another development, Sani expressed sadness over the ownership accusations of the leading Telecommunications network, Etisalat Nigeria and Keystone bank.

Recall that the Presidential candidate of the Peoples Democratic Party, Alhaji Atiku Abubakar, had accused the candidate of All Progressives Congress, APC, President Muhammadu Buhari and his family of having substantial shares with Etisalat and Keystone bank.

According to him, Buhari’s family share in Etisalat, has an estimated $2 billion (about N727 billion at 360 per dollar) of its estimated $20 billion global net worth. Whereas, the one in Keystone Bank, totaled $1.916 billion (equivalent to N307.5billion).

He equally accused Mr President’s family of purchasing about N3 billion worth of shares in the new Pakistani Islamic Bank.

However, Presidency in its recent statement replied Atiku, noting that his intention was to dent the image of Buhari and his Vice, whom they said were incorruptible.

In view of the above allegation and counter accusations, Sani asked the two companies to publish their respective share holders in other to clear the dark clouds.

DangoteHis words, “In view of the moral dust raised by the questions on the shares of the two firms now on the scale of integrity, Etisalat & Keystone should publish the full names of their shareholders, to exhale the billows of smoke & clear the dark clouds hanging over the landscape of our nation.”

He equally advised Nigerians who have any evidential proof against Atiku or Buhari to submit them to the relevant anti corruption agency.